This year marks the first full year that I have comprehensively tracked a number of data points I was interested in keeping on top of. This means for the first time I could dig into some meaningful data, which gave me its surprises.

I spent 5 months on sabbatical this year which impacts the data most noticeably in the professional section. 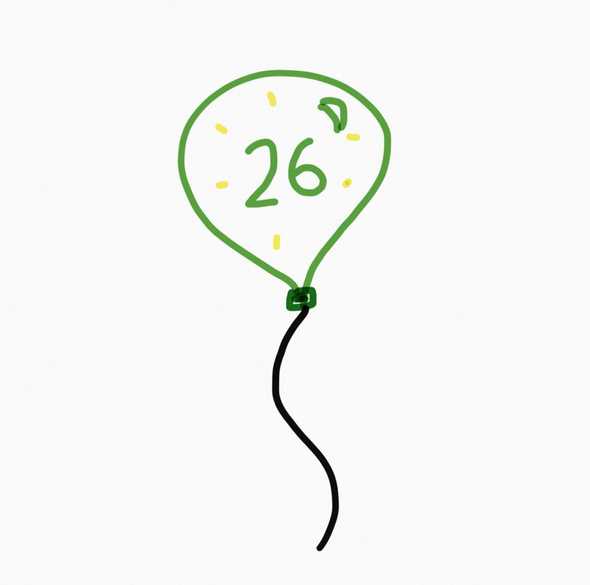 Sleep is an area I’ve become particularly interested in this last year. We spend almost a third of our lives asleep, so it seemed a wise area for me to double down on and make sure I was doing so effectively. (I also read Sleep Revolution which drove home its importance).

Over the course of the year, I slept an average of 7.3 hours per night, which I’m quite happy with (almost exactly 30% of my time). What perhaps surprised me was how big the variance in my sleep is, the maximum being 12.4 hrs and the minimum just 1 hour. In general, you can see my sleep isn’t particularly consistent (largely driven by my social life).

I began tracking alcohol consumption as I realised that my social life tended to be alcohol-heavy. I don’t think in absolute amounts it’s on the high-end, but rather that most social events involved drinking in some capacity (even work meetings were tending toward ‘let’s meet for a drink’). 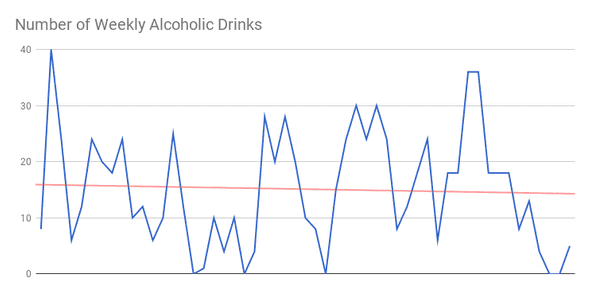 This graph shows perhaps what I already knew – that I’m a bit of a binge drinker. I don’t drink consistently, but when I do drink, I tend to drink a lot. Again, I think this is driven by my social life. Perhaps something that did surprise me is that the pattern is pretty consistent over the year, even during the period that I was travelling. I would of expected that I did more drinking travelling than in London, but actually, they’re somewhat similar.

Again, this year I did not develop a meditation habit.

I did maintain a solid gym habit (115 times this year) and played a decent amount of football (24 games – still less than I’d like).

One habit that I did pick up, is a reading habit. I finished 19 books this year (up 18 from last year and 7 more than the target I set myself of one a month).

This is perhaps my biggest joy of this years summary. I’ve found a lot of joy and learning in reading again and I’m glad the trend is upward. This was greatly helped by my time away where I managed to read a lot. I’m also taking more time to review each book with notes, ratings and a review (which can be found on the new dedicated books page).

In terms of professional work, I finished my term at Deliveroo and begun work towards my next chapter, retraining as a web developer (GA Course).

I didn’t fully launch any new projects or do any public speaking this year, which was disappointing.

I did do some writing though. Whilst still quite random and with little goal, I managed to publish 23 posts this year (up 12 from last year). 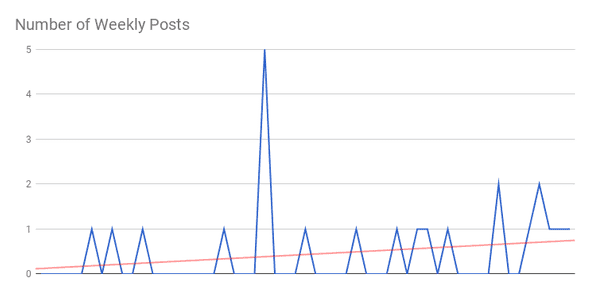 I maintained a pretty active social life, which included 157 social events (generically defined as anything with a group of friends). 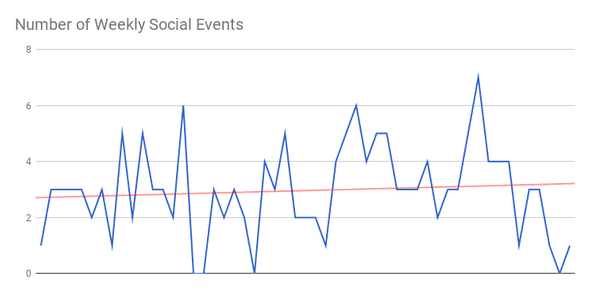 A pattern that does emerge is that of the time I spend with my friends socially, quite a significant amount of it involves alcohol, particularly when in London.

One change I made this year, was to try build a habit of doing weekly catchup calls with someone who I hadn’t spoke to in a while (often if they are a good friend who is harder to spend time with in person due to living abroad or some other circumstance). Whilst this started strong at the beginning of the year, it faded a bit after my time travelling. 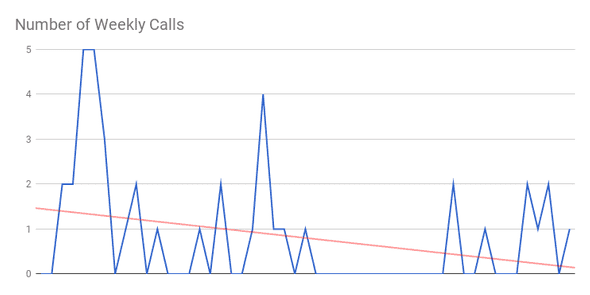 Perhaps the defining theme of this year again was a year of fun (similar to last year).

My 5 months travelling plus a number of holidays allowed me to visit 13 countries and 51 different cities. This is a huge amount and I don’t imagine I will top this again in the future. I detailed some thoughts on these adventures here.

It also enabled me to tick 7 things off my bucket list. Skydiving in Australia was perhaps the single most thrilling thing I have done.

For the first time in my life, I didn’t really enjoy this birthday. Something about being closer to 30 than 20 made me feel uncomfortable.

Whilst I don’t track any financial measures here, I am looking at tracking this more closely moving forward. I want to start making a habit of setting more money aside and investing for the long term.

Professionally, my 3 goals for the year are simple:

In terms of health, I want to maintain my gym habit with a goal of achieving a slightly higher weight of around 97kgs.

Related to health, but also a social consideration – I would like less of my social activity to be focused around alcohol. For example, can I swap night at pubs/clubs for dinners?

More than anything I want this year to be a year of learning and patient, deliberate progress. In the past, I have been guilty of trying to rush things. Above I lay out some simple aims, and I want to commit to achieving these bit by bit over the course of the year, without loss of enthusiasm.

Parentheses show year on year up or down.