This book provides you with a number of new mental models in which to view the contemporary world.

Touching on areas of history, science and developmental economics this book acts as a big update of some topics you may not have revisited since secondary school.

Perhaps a weakness of the book is the fleeting explanations of why we have formed these instincts. For example, in the first chapter on The Gap Instinct, there is a vague discussion of ‘us versus them’ and a link towards how this served us as hunter-gatherers, but it doesn’t go into much depth. Given that these instincts form the foundation of the book, I would have liked a little more detail on how exactly they came to be.

A strength of the book is certainly its structure. They do a good job of organising the data, arguments and anecdotes (which is what fills the pages) in a way that leaves you with 10 clear actionable points for your day to day life moving forward.

View on Amazon here: Factfulness: Ten Reasons We’re Wrong About The World - And Why Things Are Better Than You Think.

In general, smart and educated people massively underperform in a fact-based quiz of the world. (Worse than random). An accurate fact-based view of the world is that the world is generally getting better, year on year, in almost every way. Although the dramatic world-view says its getting worse. Why? Years of evolution. Our monkey brain jumps to conclusions and fills in gaps (often incorrectly). It takes effort to see the fact-based truth. In this book, the emphasis is on critical thought to replace assumptions and immediate reactions…

Occurs when we think of two distinct groups with a huge gap in between. For example, we dod this with the developed vs developing world. But, let’s take child mortality. Decreased in every country over last 50 years. There is no longer a divide as there was in the 60s, but rather all trending positively with the large majority in the middle. i.e. there is no gap at all between many nations. The new normal is a large middle.

So we should replace our old dichotomy with an updated view of income groups.

So 5/7 of people are actually in the middle. WEF adopted these income brackets yet most of the world still think in the old paradigm.

Why do we think this way? It seems to be a natural urge for humans to think in dichotomies. But it also makes for better stories (in media, news, films, etc).

So beware of our sources and their biases. Remember, when a story paints a picture of a gap - Look for the majority. Are they in the middle?

Is when we more readily recognise the bad than the good.

This isn’t saying some things haven’t got worse (e.g. sea levels, terrorism, endangered animals). But we recognise these things more than the things getting better - the slow burn of human progress (small, daily, incremental positive changes).

So we are more likely to hear about bad news than good news. We should, therefore, compensate for this in our mind. This is a bias we should correct for.

When we see some data and assume it will continue as a straight line, with the same velocity. This is incorrect, as often it can change in many ways.

The biggest connector between the number of children per mother is wealth. Poor have more. Rich have less.

Remember not all lines are straight2, so check your assumptions: 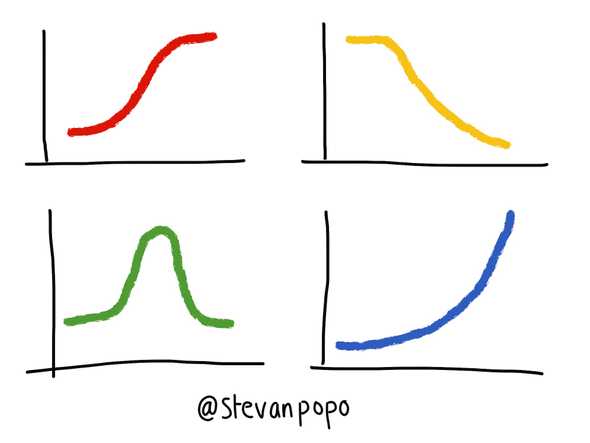 Fear is an evolutionary tool to keep us alive. But when we are scared, we make terrible decisions/judgements.

We receive so much info, we filter it. One thing that gets through filter, is fear or dangerous things. So media play up to it3. Three main fears: physical harm, captivation, or poison (used to be helpful but not so much anymore unless you’re on L1 e.g. snakes).

In the news, terror and hostage cases are particularly powerful. Yet paradox - it’s also the safest time the world ever been. It’s not the media’s fault. They just serve what gets through our filter (so its how we consume media that is problematic).

So we need to manage our fear and look at the data. What should we actually be scared of? The perceived fear of terrorism is far greater than the actual threat. Whereas deaths from obesity or alcohol-related are much larger.

Use data to understand what really is scary, and realign on that.

Is when we give too much creed to one lonely number or one particular victim. Coupled with the negativity instinct, it is why we often get things systematically wrong. E.g. spending healthcare budget on someone right in front of us who is almost certainly dead vs preventable diseases outside the hospital.

Always remember these ways of giving a number context.

Categories are a useful tool we use to frame our thoughts. They allow us to quickly identify a group of people and generalise. But incorrect categories give us a misinformed view of the world. For example, by wrongly identifying the world as only developed vs developing world FMCG brands are missing out on potential customers in L2 and L3 countries. Or by wrongly identifying all youths in the street as criminals, parents are worrying too much about street crime.

The reality is that many of us hold incorrect categories (generalisations/stereotypes) in our heads. We would have a more fact-based worldview if we updated these with better, more accurate or more specific stereotypes. A good way to do this is by travel as you get to see places first hand.

The destiny instinct is when we believe that the characteristics of a culture, society or religion are unchangeable. For example, the notion that Africa will not become a modern society, it’s not in their culture. This is of course false. We mistake slow change for no change at all. Slow change is less newsworthy, so fewer people are aware of it.

This instinct may have served an evolutionary past. Hunter-gatherers surroundings rarely changed, so they were safe to assume things stayed the same.

So remember, very few things are constant or unchanging. Over time, small changes, year on year can total up to a big difference, whether that is in culture, religion or economy.

This instinct is the idea that we favour simple problems with simple solutions. For examples, free markets are always best for society and regulation should always be removed. It’s easier to hold this view than to hold a more nuanced view that considers different groups, complexities and edge-cases.

Two views of the world

Experts - Have a useful view of the world. They do important research and gather data. If all experts in a field agree, it is probably telling. Similarly, if none of them agree, it shows the field is complex or perhaps doesn’t have enough data yet. But there are downsides to expert knowledge:

Ideologues - Are another example of where we can hold onto a single view too strongly. For example, take Cuba and USA as two examples. Cuba, a communist state, achieved the same level of health care for their population as the USA, in spite of being a far worse performing economy.  The USA, a free market nation, has relatively poor performing health measures, despite outperforming all other economic measures. In both these cases, could each country benefit by holding on less tightly to their political ideologue? Most probably.

No idea is free from being scrutinized. Take democracy, which most people would see as the top of a political hierarchy. Yet many countries have achieved fantastic economic results without democracy. So democracy isn’t the only way to do things. In fact, its more of a goal itself.

The best way to fight the single perspective is to have a toolbox4 that allows you to:

Is when we seek one simple reason (or person) for a bad outcome. This instinct causes us to oversimplify problems and blinds us from learning the true (usually multiple) causes. It also causes us to give too much agency to individuals.

Note - We can also use the blame instinct for positive outcomes. Where we prescribe too much praise on an individual. Blame and claim are interchangeable.

This instinct to blame means we often give too much credit to powerful individuals.

So it’s less to do with political leaders and more to do with:

These two forces should get more credit when things go well.

Is triggered when people rush us into a decision. Under urgency, we are less analytical and less rational. We make poorer decisions under time pressure6. For example, activists may make knife crime seem like an urgent and critical matter in order to galvanize resources.

This instinct may have served us in the past7. Hunter-gatherers in the wilderness were more likely to survive say a lion attack if they could react quickly with little information. But now that these primary risks are eliminated we need more analytical, thoughtful thinking. 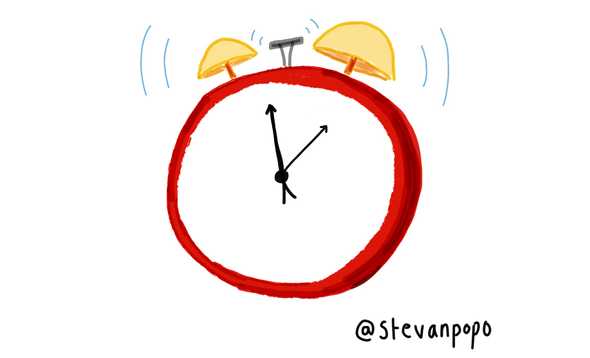 Here are some examples of issues we should fear moving forward. 3 have happened before, 2 are happening now.

In short, be aware when someone is trying to trigger your urgency instinct. Instead, take a step back and consider the big picture. Make sure you have all the data you need. Focus on the real issues and make an informed, thoughtful choice8.

Factfulness is important across society to ensure we have an accurate worldview in which to make decisions.

Ideally, we would have a mechanism whereby we can refresh the information everyone was taught at school when it no longer becomes valid.

It’s hard to see a scenario where they will be factful, so its important that we can acknowledge their limitations and react accordingly.

Ultimately, it is to our benefit to have a factful worldview. Like navigating with a GPS, it is easier to know what decisions to make in the world if our worldview is accurate. It can also be happier and more stress-free, as we deal with issues in their correct context.

If you liked this post, you can sign up to get more book notes via my email.